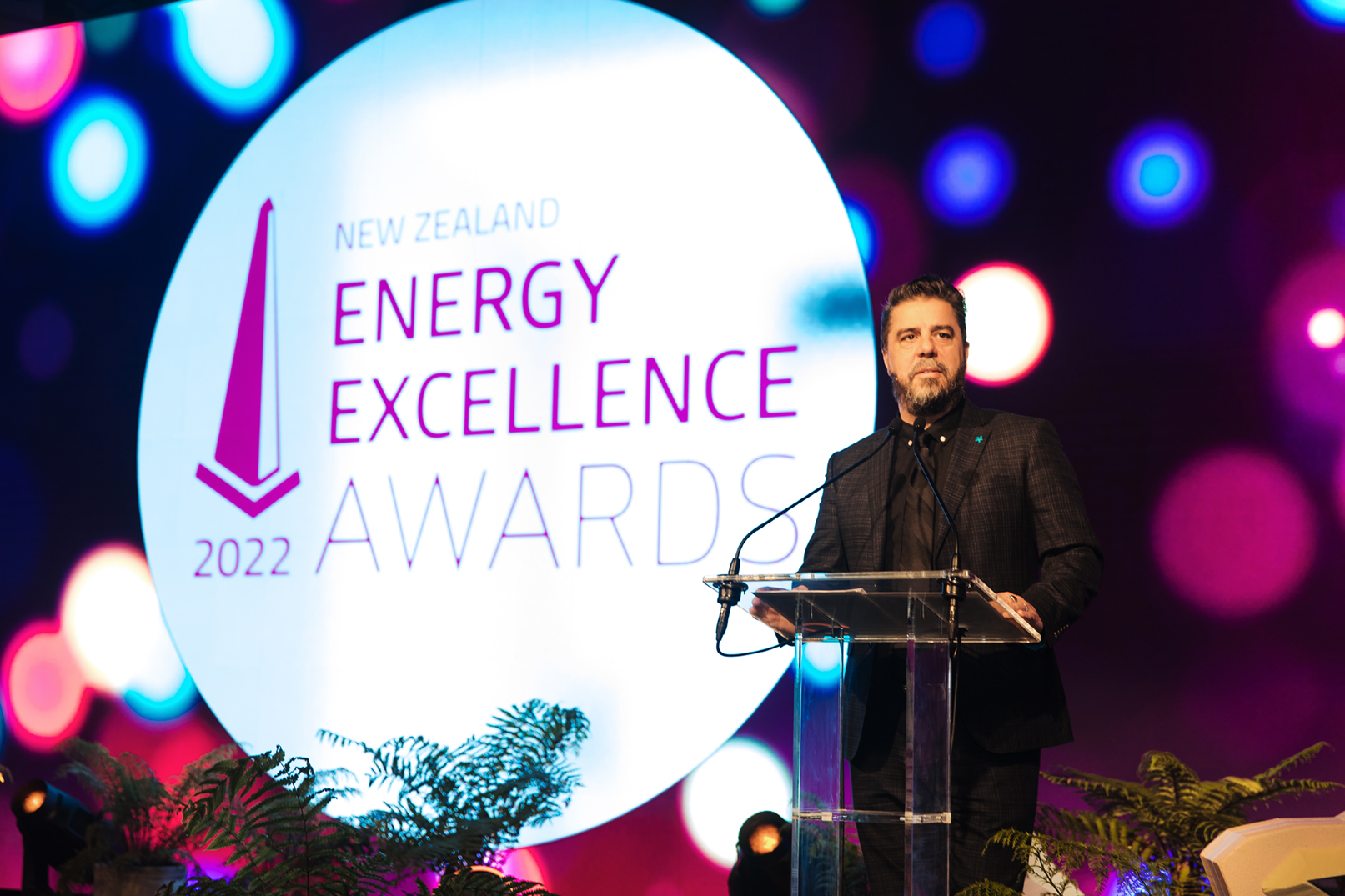 Yuyin Kueh’s Orion colleagues came out in force to celebrate her winning the Young Energy Professional of the Year category – the Central Canterbury distributor booked eight tables to support the event’s first trip to Christchurch. Kueh impressed the judging panel with her achievements in just seven years in the industry, becoming someone to “rely on to solve any challenge”.

The Large Energy User Initiative of the Year​ was won by McCain Foods for a project that demonstrated the power of experienced engineering and process optimisation in eliminating emissions from complex manufacturing processes without affecting product quality or, ultimately, the economics of the operation

Simply Energy’s Demand Flex programme saw it take the Innovation in Energy Award for its sophisticated technology platform, developed in-house. This system now provides 15 megawatts of dispatchable demand, and the award entry offered good evidence on the value of the benefits and the size of the business that Simply Energy has built from this innovation.

The Green Building Council says the built environment accounts for about 20 per cent of New Zealand's carbon emissions. When Unison Networks had to renew its Windsor substation, it built a state-of-the-art switch-room – low-carbon, relocatable, modular, scalable, sustainable and unique – which saw it awarded the Low Carbon Future Award.

ERANZ moved from finalist in last year’s Outcomes Award category to winner in this year’s, using the time to clearly demonstrate the impact of EnergyMate after a successful pilot. EnergyMate’s reach involves community and budgeting organisations to provide a full wrap-around service. Testimonials of those in and around the programme were also compelling as it addresses the sensitive and complex issue of energy hardship.

The Well-being Award went to Z Energy, which impressed the judges with the evidence it provided on the support it gave its staff through the Covid-19 pandemic and the effectiveness of these initiatives. Its entry was also the only one to benchmark itself globally.

The Energy Retailer of the Year category proved difficult to judge. Each finalist showed great customer focus and outstanding performance in very distinct areas of the market.

Contact launched its Good Nights plan and its Fourth Trimester for new-borns campaign. But it was the rapid and strong results from using new AI technology to improve the customer service experience that tipped the balance and saw it take the award.

The final award of the evening – the Editor’s Award – recognises a significant and long-term contribution to the New Zealand energy sector.

It was given to Dr Brent Layton who chaired the Brownlee Review of the Electricity Market in 2009 and spent a decade as chair of the Electricity Authority, retiring in 2020. The award recognises his major contributions to regulatory economics and to the structure and regulation of New Zealand’s electricity markets.

Large Energy User Initiative of the Year – sponsored by EECA

Network Initiative of the Year – sponsored by Worley

Community Initiative of the Year – sponsored by Eagle Technology

Young Energy Professional of the Year – sponsored by Downer

Energy Retailer of the Year – sponsored by EDMI

The awards programme is further supported by ERANZ, GasNZ, NZWEA, CEP, MEUG, the EEA and Kordia.