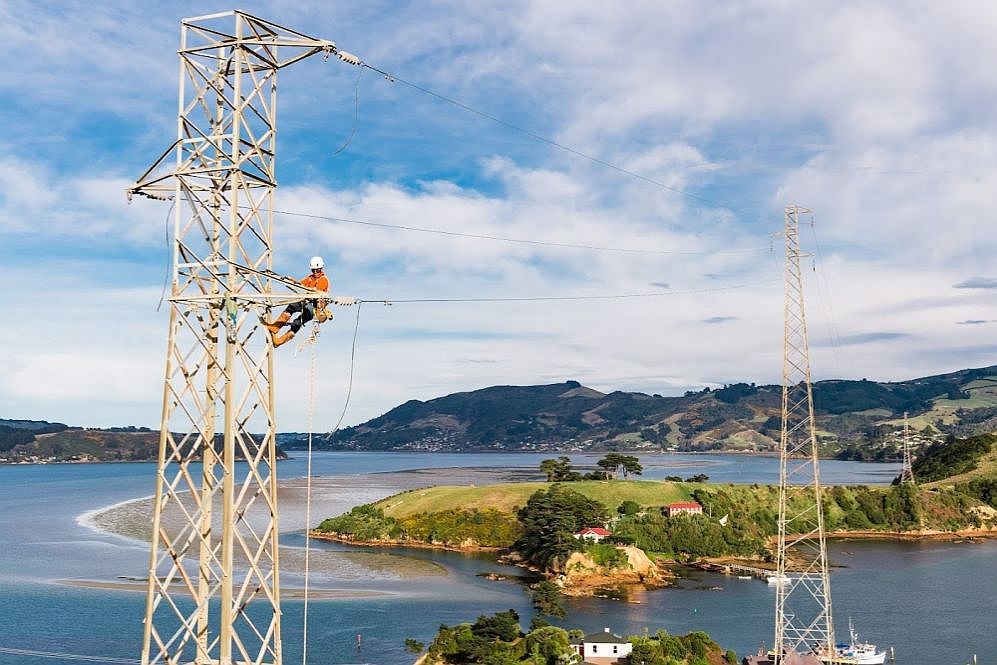 Aurora Energy’s Harbour Crossing project went from conception to commissioning in one year.

The project, to improve the electricity supply for about 728 residents on the Otago Peninsula, and Quarantine Island – Kamau Taurua, had been proposed as an upgrade of the existing assets.

But after extensive engagement with stakeholders, the lines company opted for a new configuration to deliver wider community benefit by removing six lattice towers and 1.85 kilometres of overhead cable between Portobello and Port Chalmers.

This innovative project has many tricky technical aspects – including the need to consider the seabed surface and associated marine life when laying the cable; the archaeological aspects of accessing the water from each side of the harbour; and the consenting implications for using machinery at low and high tide.

A range of specialist contractors and equipment were used to deliver the project.

Divers surveyed the seafloor and then worked with a custom-fitted barge transported from Picton to lay them.

Split pipes were sourced from Spain to protect the cables.

In dismantling the overhead lines, crews worked at heights of more than 50 metres and a helicopter with a 21-metre longline was used to remove sections of the lattice towers.

The Harbour Crossing project was delivered on time, under budget and has benefitted the wider Otago area.

Aurora Energy says the project demonstrated a commitment to finding the best solution for its customers and the safety of the community.

“The Harbour Crossing project is an example of network innovation that will lead the industry for years to come and continue to provide learning opportunities for New Zealand’s electricity distribution sector,” the company says.

Winners of the Awards will be announced at the New Zealand Energy Excellence Awards black-tie gala event in Christchurch on 29 June.

The Network Initiative of the Year Award is sponsored by Worley