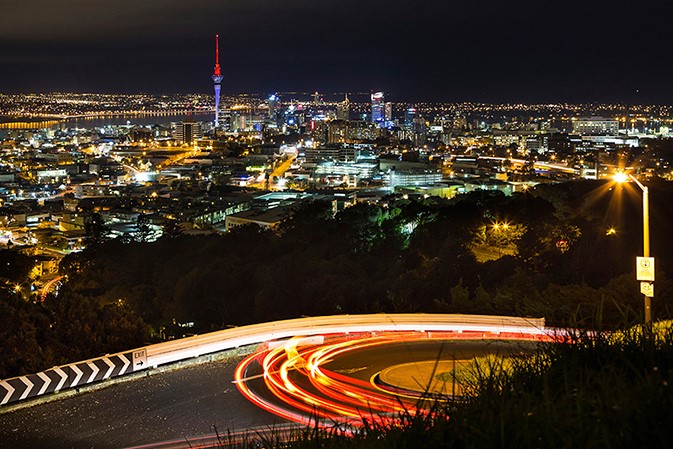 In 2014, Auckland Transport committed to changing all the city’s streetlights from high-intensity discharge to light-emitting diode – a move that would not just cut energy consumption and costs, but would also improve safety and reduce emissions and maintenance.

A retrofitting programme began the following year on the network’s then 106,000 lights. This project is on target to achieve its initial milestone completion date of 2023.

AT is pleased with the commercial outcome. To date, the project has produced annual energy savings of more than 39 GWh and cost savings in excess of $12 million a year.

“Ongoing financial savings due to this initiative will be enjoyed for many years to come,” the organisation says.

A detailed and complex technical specification ensured high-quality, robust and long-life lights were installed. It proved so successful that many other roading authorities accept lights on their network if they are pre-qualified and approved by AT.

The organisation also decided to install a radio-based central management system to monitor and control each light remotely.

Safety was a key consideration.

AT took care to reduce light levels when traffic volumes are low – such as after midnight – in line with street lighting standards, to further reduce energy consumption.

A light point controller incorporating a photocell was attached to each new LED light, as a fail-safe should the CMS stop working – meaning the lights would still come on at dusk and go off at dawn.

When AT began the project, LED street lighting technology was at the beginning of the development cycle with no medium-to-long-term history of reliability.

There was a risk that LED lights would not illuminate the road to the same level as existing fittings, or that lights would fail earlier than expected. Both issues were addressed by careful specification of light performance, materials specification and warranty requirements.

A further risk was that larger roads in particular could not be viably lit with LED lights, as higher wattage fittings, needed for approximately 50 per cent of the network, weren’t commercially available at the start of the initiative.

AT addressed this by focusing on installing readily available, lower-cost, lower-power and easier-to-install lights in residential streets for the first two years of the programme. These streets did not require planned traffic management and had the most readily accessible lights, so they were easy to go back to and adjust if necessary. This approach also built confidence in the technology and AT contractor competencies, and gave time for higher wattage technology to advance.

The Large Energy User Initiative category is sponsored by EECA

In 2022, the New Zealand Energy Excellence Awards will be held in the South Island for the first time. Te Pae (the ‘gathering place’), Christchurch’s brand-new state-of-the-art convention centre, will host the awards on Wednesday 29 June. Book your tickets here.